Snow, Sun and So Much Fun

White, Out and In! 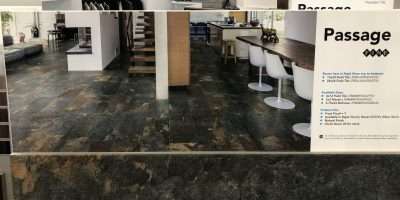 January 30, 2022 Woke up to a winter wonderland today after a windy storm last night. Bob is in Maryland, but I’ve had some experience with shoveling snow in my lifetime, so I’m ok. 🙂 We have a great plow guy, but he can only get so close in front of the garage doors. Depending on the timing of the storm, sometimes we are able to shovel what’s in front of the doors out into the drive, so he can plow it up into the rock wall, but not this time. Than, our neighbor, to the rescue with his snowblower. (We have our own snowblower, but it is in Maryland, duh) The snow was squeaky cold and light as a feather, due to the continued bitter weather – a good day for mittens! As usual though, the sooner you clear the snow, the more time the sun has to melt it. 🙂

Despite the cold, today I had to complete a task I’ve been putting off. The drywallers are coming, and I had to document in photos and video all of the wiring and plumbing and assorted other “behind the scenes glamour” before it gets covered up and no one remembers a thing. I read someone’s blog (yes, I read other crazy homeowner’s blogs instead of writing my own, ha) where they recounted how they were missing multiple outlets in rooms because the drywallers covered them over without cutouts. They knew they were there, but had to poke multiple holes in their new walls to find them. That was kind of alarming, although I was pretty sure that Scott would never work with anyone that unreliable! However, we have enough oddball plumbing and electric in this house to warrant some documentation…

And it took forEVER. I started at the top and came down, taking photos and short videos – spinning about, filming the ceilings, the walls, the nooks and crannies…. who knows if we’ll ever need it, but I am sure we’ll be very happy to have it when we do. Only going to give you a brief selection here, with some commentary, because if I found it boring, tedious and an annoying way to spend the afternoon, you can hardly be expected to enjoy it any better! 🙂

Someday this will be our tiny 4th floor wet bar, with fridge, little sink, cupboards and maybe even a small microwave for reheating our coffee while we enjoy sitting up in the tower room, or pouring an adult beverage during “happy hour” (which also describes the perfect evening light for photographers).

Remember the squirrel who fell into the vent pipe before we bought the house, and unsuccessfully tried to chew his way out? Yeah, that’s the scene of the crime, above the guest bathroom… in case you were wondering, he didn’t make it. (search this site for squirrels and you’ll find more fascinating nature stories, ha) But we have cool stair tread lights, the guest bedroom will be amazing, and we will love our office transom windows – that’s a lot of wires…..

There are many ways to turn on the many lights in a house of this size, and ergo, there are many wires in the walls, and quite a few switches! Brian and Bob and I feel we have all the bases covered, thankfully. Time will tell. There’s one of the wall hung toilets that were in place already when we bought the place, let’s hope they work as expected. There’s pipes all over, and a serious 200 amp cable to feed the main house, that snakes its way through the many garage ceiling joists from the exterior meter boxes, far far away. This house is a maze of ….. something, that’s for sure. Do you think maze and amaze have the same root word? Hmmm.

Basement’s looking good too. Fingers crossed we have solved all of our water and septic problems! Haha. Ok, enough already.

White, Out and In!