Being There for A Friend 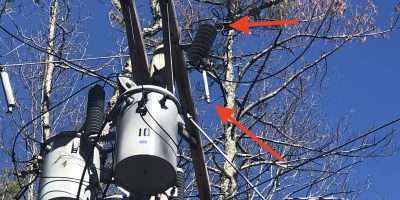 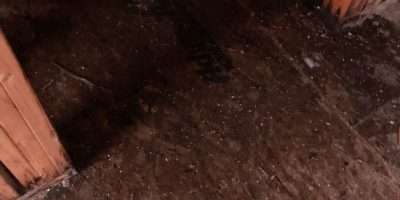 Raining Again… and, You Guessed It, Leaking Again

November 22, 2020 The need for both Bob and I to be back in Maryland on November 18th was for a lifetime achievement ceremony honoring a dear friend and Bob’s West Point classmate, Major General Randy Strong (Ret). Bob had shepherded Randy’s nomination to the C5ISR Hall of Fame at Aberdeen Proving Ground, and we were honored to be invited as the guests of Randy and his wife Lori. The ceremony and dinner had been postponed from June, and rescheduled with very limited invited guests and strict protocol due to Covid-19. It was an impressive honor and ceremony, and well deserved!

We had intended to head back to NH within a day or two, as Sandy was keeping Sydney and there were house issues to attend to, but the next day Bob wasn’t feeling well at all so we delayed our return. In fact, even though we were both tested negative in NH for Covid before our trip to MD, we became concerned that Bob was infected. It turns out that it is MUCH easier to get a Covid test (and with fairly quick results) in NH than in Maryland. I investigated every option with no luck… seriously. However, because Bob is retired military and we both have military ID cards, I was able to drive into Walter Reed National Military Medical Center in Bethesda, MD (yes, where the President gets treated) and Bob was tested (under a strict protocol, where I was denied a test because I did not have symptoms) with results returned later that day. Negative, thankfully! The world is a very stressful and scary place these days.

We trailered back to NH on the 22nd, picked up Sydney from her “spa vacation” (she did NOT want to leave!), unloaded the trailer, unpacked the SUV (brought up a lot of boxes, Christmas included), ran the trap line (5 mice!) and turned up the heat (that was actually the first thing). Bob was feeling much better, and I was online that night scheduling my own Covid test, right away! Now we had two Porsches in the NH stable; Shirley the midnight blue ’94 wide-body 911 Carrera 4 and now Lanu the Talbot Yellow ’76 912E. Lanu is another Porsche that was a one year production car, just like Shirley. In 1976, Porsche needed a model to bridge the “low end” consumer gap between the end of 914 production and the beginning of the new 944/924 front engine models coming out in 1977. The 912E has the body of a 911, but the engine of a 914, and with only about 2,000 of them made, it is not really a unicorn, but definitely a very unusual Porsche. Low horsepower, but also low weight, so while not super peppy it is a surprisingly fun car to drive. Lanu was bought new in 1976 by a young widow from Baltimore, whose 2-year old son struggled mightily to label it a banana… “Lanu” was the result, and the name stuck. A few years back, the car had been in storage for years and Sherry was looking for a good home – she has known Bob for years, so here we are. Some typical “older car in storage” fixes and it runs great, but the elephant in the room is the paint. 1976 is the year Porsche began zinc coating the bodies for rust prevention (remember Ziebart and Rusty Jones? The dealer “Ziebarted” this car too) but that is not the problem. The composition and application of the paint used in 1976 was not compatible with Porsche’s new zinc coating (!), and the paint is literally peeling off the car in flakes and sheets. Most of these Porsches were stripped and repainted long ago, but Lanu is completely original with low miles and Sherry never saw the need. Now that we are driving it more, the paint peeling is getting worse (flying off in the wind) and sometime soon we will have to address it – but for now it makes an interesting story! 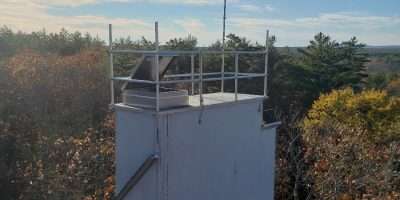 The Tower is Being Fixed, Finally, and The View From the Top is Spectacular! 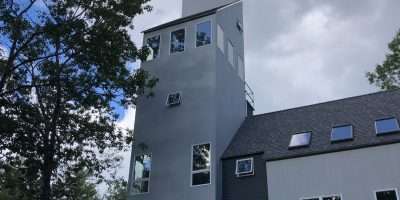 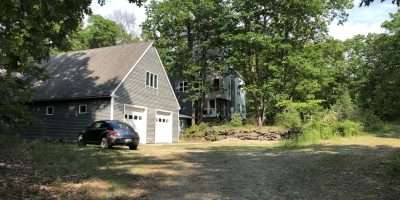